You are at: Home News Volatile Slot Added to Microgaming’s Offering of Games 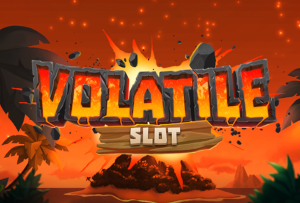 The award-winning producer of online video slots, Microgaming, has recently announced the arrival of its newest release.

The newly-launched games come as part of a new exclusive deal with Golden Rock Studios, an independent gaming studio led by seasoned industry veterans James Curwen and Will Mathieson.

Based in the United Kingdom, this up and coming new name in the market will now have the chance to offer its products through Microgaming’s platform, while the first game to have this honor is an exciting release titled Volatile Slot.

This action-paced online slot features a standard five-reel three-row release, together with 10 active lines, while its list of dynamic features – which includes different game modes and a free spins bonus round – promises an unforgettable experience.

There are two types of Wild symbols on offer, volcanic Wild and exploding Wilds. The former appears only on the three middle reels, substituting for all other icons and completing additional winning combinations. They can also turn into exploding Wilds, bringing along multipliers of up to 4x. As the initial multiplier is multiplied by each exploding Wild on the reels when more than one of these symbols land on the reels, players can also look forward to a massive multiplier of 64x.

The Free Spins feature starts with 10 spins on the count, while the enhanced reel set will further add to the excitement. In addition to this, punters can expect more volcanic Wilds and exploding Wild, whose arrival on the reels significantly improves the win potential.

Commenting on the launch of the new game, Jean-Luc Ferriere Chief Commercial Officer at Microgaming said Golden Rock Studios were set to broad the company’s range with fresh and diverse content. He pointed out that Volatile Slot was an impressive debut title and added it was available across Microgaming’s entire customer base following two weeks of exclusivity with LeoVegas.

James Curwen, Golden Rock Studios Chief Executive Officer, stated his company was proud to team up with Microgaming and said they were looking forward to providing them with many more games in the coming months.