You are at: Home News Yggdrasil Adds the New Age of Asgard Slot to Its Offering 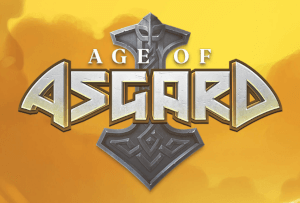 Get ready for a battle of epic proportions in the new Age of Asgard game by Yggdrasil. (Photo: yggdrasilgaming.com)

The leading developer of innovative online casino content Yggdrasil Gaming has recently announced the launch of the latest addition to the company’s extensive portfolio of high-quality games.

The fresh release promises an exciting playing experience as it will bring an epic battle of the Norse deities.

Get Ready for an Epic Battle

Titled Age of Asgard, the newly-launched game features a five-reel three-row layout with 40 active lines, along with an innovative double grid game mechanism. Once the battle between good and evil begins, the battlefield will offer a dynamic background with plenty of shield-bound icons, fearsome opponents and godly heroes.

Stacked symbols will appear on the reels, working together with stacked Wilds, which can take over entire reels in battle, awarding a respin and staying locked in their position for all respins in the future. If the stacked regular symbols and stacked Wilds land on opposing sides of a reel, they will engage in battle, spawning from 2 to 4 smaller Wilds.

Landing 3 Free Spins symbols anywhere on the reels at the same time will create a giant five-reel six-row grid, further increasing the size of the Wild symbols. Once the Free Spins round commences, players will have an initial batch of 10 spins to use, while they’ll able to add more of them to the count and scoop massive prizes.

When 6 Free Spins icons simultaneously land on the grid, the Ragnarok Free Spins feature will be activated, taking players to the ultimate battle. A total of 20 spins will be on offer, with only high-paying symbols appearing on the reels. With a bit of luck, this feature can award stunning payouts.

Commenting on the launch of the new game, Natalya Ovchinnikova, Product Owner Slots at Yggdrasil Gaming said her company was delighted to release Age of Asgard, their battle filled extravaganza.

She explained that with an incredibly immersive setting and two reels working in tandem, the game was filled with exciting features, and of course the ground-shaking Ragnarok Free Spins. Ovchinnikova further said Yggdrasil couldn’t wait to see how the game would be received by their fans and operating partners across the globe.

Age of Asgard awaits at any Yggdrasil Gaming online casino.