You are at: Home News Play’n GO Adds Another Music Slot to Its Offering 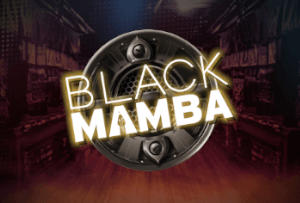 Developers of online casino games often join forces with popular musicians or band, bringing their music straight to the reels.

One of the developers with experience in creating music slots is Play’n GO, whose first such game was launched last year, inspired by the Swedish metal band House of Doom.

Earlier this year, the renowned gaming company added a new music slot to its offering. Titled Demon, it was again inspired by the cult British metal band of the same name.

This week, Play’n GO launched another music game, this time based on a rock’n’roll band from Italy called Black Mamba. Players can look forward to an interesting experience, with various musical instruments populating the reels. And while band members serve as regular symbols, the lead singer will appear on the grid as a special Wild icon.

Black Mamba offers a five by five layout, while the symbols will not be behaving like we’re used to in traditional slots. Instead, they will cascade, completely disappearing from the grid once they form a winning combination. A minimum of 3 matching symbols – either vertically or horizontally – are needed to form a winning combo.

You’re Guaranteed to Have Fun

When winning icons get removed from the grid, new ones will automatically fill their place, which enables punters to create wins in consecution. Each subsequent win will add a 1x multiplier, further boosting the size of your prizes.

Whenever three symbols featuring band members form a win, the middle one will turn into a Wild featuring the band’s lead singer. The same can happen with basic icons, although in that case, the Black Mamba Wild will make its appearance on the reels.

Wins made using band members will fill a meter, and once this meter is filled, the Concert feature will be activated. Players will then see each of the band members perform on the stage.

With a bit of luck, the entire reel set can be cleared of symbols, which will result in a neat prize of 8 free spins.

You can rock with Black Mamba at any Play’n GO-powered online casino.