You are at: Home News Join Big Bounty Bill on His Journey Across the Badlands in the New Kalamba Release 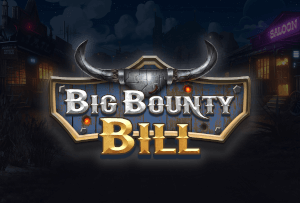 Kalamba Games has prepared a fantastic adventure for its players, an adventure that will keep them seated for hours. Say hi to Big Bounty Bill, the latest addition to the developer’s offering of video slot games.

The fresh release boasts a Wild West-theme, although with an interesting twist. Big Bounty Bill is a retro-futurist game, packed with innovative and exciting features, and a futuristic feel to it.

As the name suggests, the main protagonists of this story is Big Bounty Bill, who’ll be accompanied by players as the sets off into the Bandlands, where he’ll take on a gang of villains. Playable on both desktop and mobile, the game is also available in 25 different languages.

A Combination of Old and New

Kalamba Games have really given their best to create a usual setting for this game, which is a combination of the Old West with satellite dishes and laser guns.

Once the game starts, players will see a five-reel three-row grid layout, with three more rows positioned above the reel set, patiently waiting to be unlocked later, through a number of special features the slot has on offer.

Betting starts as low as $0.30, while the maximum stake won’t be able to exceed $300 per spin. In terms of volatility, Kalamba says this is a “nine out of ten” game, while its average Return to Player is set at 97.33%. With no traditional paylines, Big Bounty Bill offers 16,807 different ways to win, while its multiplier can go up to a staggering 5,000 times the bet!

Features from the Future

Be on the lookout for the Expansion Scatter symbols, as landing at least 3 of these icons anywhere on the reels will award 3, 5, or 7 HyperSpins!

Collecting Expansion symbols can help punters open up the entire reels set. Another icon that can prove to be very useful is the Wild, which can substitute for all other regular symbols – bar the Scatter!

Landing 3 Scatters triggers the Free Spins round, awarding players 8 spins and a 2x multiplier, while more spins can be added to the count thanks to the Expansion symbols. The feature can always be unlocked by simply paying for it through the Hyper Bonus function.

The new game can be played at any Kalamba-powered online casino.