You are at: Home News iSoftBet Add New Hot Spin Deluxe Slot to Its Offering 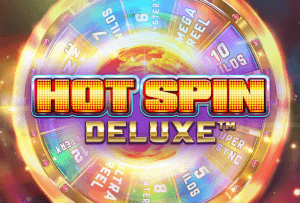 The London based developer of online casino games iSoftBet has been busy lately, working on a new release that has just hit the market.

The renowned gaming company has now proudly announced the arrival of the new launch that promises a thrilling gaming experience, with plenty of chances to scoop neat prizes.

Titled Hot Spin Deluxe, iSoftBet’s latest addition to the firm’s portfolio is a five-reel three-row video slot, with a total of 20 paylines. Playable on both desktop and mobile, wagering starts at $0.20 and goes all up to $20 per spin.

To start getting payouts, players need to line up symbols across the game’s active lines, while the bonus wheel feature further adds to the excitement as it introduces several reel modifiers.

Other symbols that can be encountered on the reels are classic icons such as fruits, bells, gold stars and red sevens. The Wild symbol can help form additional winning combinations as it has the power to substitute for other regular icons.

It’s all about the Hot Spin Wheel feature, though. To activate it, simply land 3 or more bonus symbols anywhere on the grid and the action will begin! Located on the left side of the reels, the bonus wheel can reveal any of special modifiers on offer, with its centre awarding multipliers of up to 10x.

The list of modifiers offered by the Bonus Wheel includes symbols that can add 6, 8 or 12 other icons on the reels. With random Wild, from 5 to 10 of them can be added to the reel set, potentially leading to handsome payouts.

Players can also benefit from the Mega Reel modifier that fills the reels 1, 2, and 4 with giant symbols. The In-Sync reels can land several symbols of the same kind on the grid while the Wild Reels can fill the entire reel set with Wilds!

Last, but certainly not the least is the Ultra Reel modifier that will see super-sized icon land on the reels.

This is definitely an interesting addition to the company’s offering. Be sure to check it out at any iSoftBet-powered online casino.