You are at: Home News Chronos Joker Now Available at Play’n GO Casinos 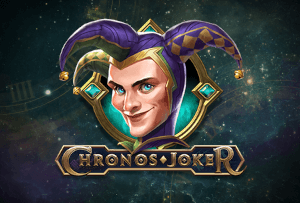 If you’re a gaming company and you want to lead the industry, you need to make sure your offering is updated on a regular basis with high-quality immersive releases.

That’s just what the renowned online casino games developer Play’n GO has been doing recently, and no doubt this strategy will pay off in the future.

An Interesting Addition to the Company’s Lineup

Featuring a three-reel three-row layout, and offering a total of 5 betways, Chronos Joker will see players make the most out of fantastic powers of the game’s main character. Once the reels start spinning, they’ll be able to manipulate time through a wide variety of exciting in-game features.

Play’n GO has launched a number of games features jokers so far, such as Fire Joker, Mystery Joker, and most recently, Inferno Joker, which hit the market back in September, quickly drawing the attention of players around the world and becoming a smashing hit.

Get Ready for a Dynamic Experience

The newest joker-themed release has plenty to offer to punters, with all of the features using the idea of manipulating time to make the most out of the slot’s multiplier. Using this innovative concept, features can make the payouts go up or down, while players will have to give their best to grab the biggest wins before the time runs out.

The launch of Chronos Joker follows a very busy November for the company, with a total of 7 new games being released during that month. Commenting on the arrival of the new slot, Chief Executive at Play’n GO, Johan Tornqvist, said Chronos Joker was an exciting addition to the developer’s offering, praising its creative features.

Tornqvist pointed out these features were sure to enhance the overall gaming experience.

He also stated he was convinced players were going to love the new release, which would provide hours and hours of entertainment.

This action-packed slot is waiting for you at any online casino powered by Play’n GO.