You are at: Home News Yggdrasil Brings Monstrous Wins with the Latest Dark Vortex Slot 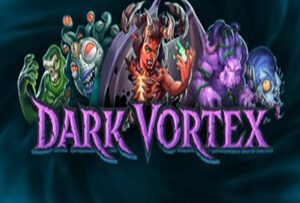 Titled Dark Vortex, the new release invites the bravest among players to open a portal to the underworld, where monstrous wins await.

The game itself is based on the work of the famous American horror writer, H.P. Lovecraft, and brings a number of exciting and potentially lucrative features. It also offers the Buy Bonus features, thus becoming the first Yggdrasil’s video slot to offer this to its players.

Commenting on the launch of this slot, Jonas Strandman, Head of Slots at Yggdrasil Gaming, said the company’s humorous take on the Lovecraftian universe was no joke and pointed out the max bet win of 7,000 times the triggering wager was the third highest for any Yggdrasil game.

He added Dark Vortex was a game that would be highly appreciated by seasoned slots spinners, while at the same time being a great gateway to the reels for new players.

Plenty of Opportunities to Win

Once the Vortex is open, players will be able to win rewards going up to 7,000x the bet after any spin, thanks to the stacked Wilds and the fact the game offers 3,125 different ways to win. There are two ways to open the Vortex – reel by reel in the Main Game, or you can simply buy your way to this feature.

During the Main Game, players will use taller reels, higher pays and stacked Wild to open the Vortex, and they’ll need at least two bonus symbols on adjacent reels to do so. Additional adjacent bonus icons will expand the portal, awarding extra Vortex spins along the way. Once the Vortex covers all reels, the Free Spins round will commence, with Wild stacks going up to 10 symbols tall.

Strandman said he was sure this game would become a(n oc)cult classic, the company’s dark little gem.

Dark Vortex can be played at any of Yggdrasil-powered online casinos.