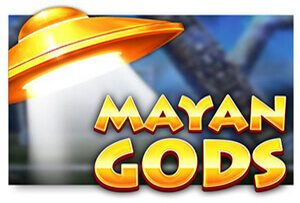 Red Tiger Gaming has added a brand-new release to the list of its video slots.

Titled Mayan Gods, the newly-launched game will take players on an unforgettable adventure, with powerful forces coming together to bring an action-packed playing experience and plenty of chances to score big wins.

Mayan Gods is a 5-reel 3-row video slot with a total of 20 paylines. It features stunning visuals and an exciting Mayan theme.

Get ready for collapsing reels and Mayan-themed mystery symbols whose appearance on the reels can lead to lucrative winning combinations and handsome payouts.

When it comes to thrilling features on offer, players will surely love the Mayan Chain Reaction feature which can triple your wins. You will definitely notice when Mayan King Wild find its place on the reels, as this 2×2 icon will spread across two reels whilst at the same time substituting for other symbols and helping players from additional winning combinations.

Another 2×2 feature is Mayan Eclipse which can turn into other, randomly chosen symbols, while the Mayan UFO feature can significantly increase the value of the game’s low-value symbols – by replacing them with top-paying icons!

Both casual penny punters and seasoned high rollers will love the Mayan Shaman feature. This one offers the possibility to increase the winnings using a multiplier increasing feature and can even award re-spins by destroying other symbols on the reels.

The list of symbols includes Mayan Wild, with five of a kind simultaneously landing on the reels resulting in a handsome payout. There’s also the ruby jewel, the Mayan bird, the pyramid, and the hypnotic ball, while the lightning, hail, fire, growth, and lava pay less when forming a winning combination.

You can check this game out at any online casino powered by Red Tiger Gaming.