You are at: Home News iSoftBet Unleashes Another Exciting Egyptian-Themed Adventure 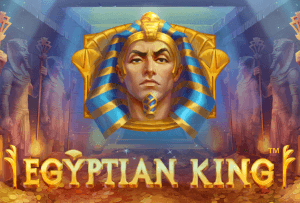 Ancient Egyptian history is often explored by video slot developers, with some of the most popular games in the market drawing inspiration from this theme. The latest company to have used this theme is iSoftBet which has just released the latest addition to its portfolio.

Titled Egyptian King, this fresh release promises plenty of excitement as it takes players to a quest to find the hidden treasures of the ancient empire.

Set in a gold-covered hallway of a pyramid, iSoftBet’s new game has been developed with a special focus on mobile, while at the same time offering an innovative slot structure. The game offers five reels, with three rows on reels 1 and 5, and four rows on the three middle ones – with a total of 20 fixed paylines.

In the Main Game, the four brightly-coloured symbols featuring Egyptian deities will award big prizes when landing sync from left to right. The list of symbols also includes the usual set of playing card suits, although the prizes they award are not as high as those paid out when the gods for a winning combination.

The pharaoh symbol serves as the Wild, substituting for Main Game symbols whenever it appears on the grid. Far more appealing are the pyramid symbols, as landing 3 or more of them on reels 2, 3, and 4 activates the game’s Free Spins round, with players starting the round with 10 spins on their count.

During the Free Spins round, players will have the chance to get golden Wild symbols, which are awarded at random, and which can stay locked in position until all the spins have been used. Should a golden Wild help form a winning combination, a 3x multiplier will be applied to the total winnings.

A mysterious purple amulet symbol can prove to be very lucrative, as it can trigger three Pharaoh Respins two of these icons simultaneously land on reels 1 and 5. Once the Pharaoh Respins feature is active, randomly appearing Wilds can add a 3x multiplier.

iSoftBet’s newest release can be played at any online casino powered by the renowned developer.