You are at: Home News Blueprint Gaming Announces the Launch of New Mighty Griffin Megaways Slot 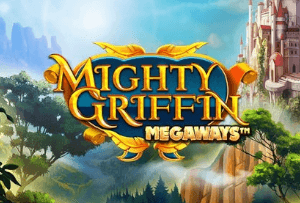 Blueprint Gaming starts the year with a new launch.

Blueprint Gaming has recently added a new release to its offering of video slot games, and according to available information, players can look forward to plenty of excitement and numerous opportunities to scoop handsome prizes.

The fresh launch is an Egyptian-themed game titled Mighty Griffin Megaways, and its name suggests, it will feature the developer’s popular game mechanic.

Embark on a Quest to Uncover Ancient Riches

With 6 reels and a staggering 117,649 active lines on offer, the newly-released game will take punters to an adventure of epic proportions set in ancient Egypt. As the quest for mystical riches continues, the game offers several potentially lucrative features, including Wilds, Scatters, multipliers, and Free Spins.

When it comes to wagering, the game offers wide betting options ranging from a mere $0.01 while the non-progressive jackpot stands at a neat $250,000.

Combining fantasy elements on the reels, players will encounter symbols such as the usual set of royals, golden griffins, golden rings, crowns, and phoenix feathers. The game boasts stunning visuals, while its bright colours are sure to offer players an immersive and unforgettable playing experience. 10 symbols are populating the reels, and their list includes the Blue Orb, a mystery icon that can turn into other, regular ones.

The symbol with a mysterious book on it serves as the game’s Wild. In practice, it has the power to substitute for all other symbols, helping players form more winning combinations. The Griffin is the Scatter, with at least 3 of a kind needed to trigger the Free Spins bonus round.

Once the game begins and the reels start spinning, symbols will appear on the grid in a cascading-style manner. Whenever a win is formed, all icons will be removed from the reels, with new ones landing on their place.

Win multipliers further add to the excitement as they can significantly improve the size of the winnings, helping players have memorable gaming experience.

The new launch can be found at any online casino powered by Blueprint Gaming.