You are at: Home RTG Megaquarium
back to all games
Megaquarium Slots Game
Game Details 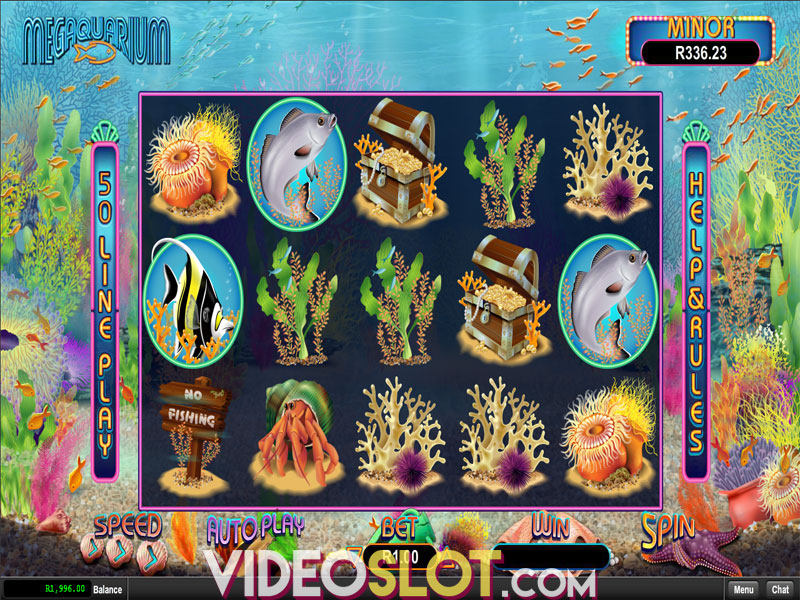 After the amazing and somewhat scary fiery dragon Fucanglong, popular developer Realtime Gaming (RTG) have released a new and fantastic 5-reel 50 payline progressive slot called Megaquarium. As the name suggests the game is set deep underwater revealing the plentiful treasures of the ocean. A whole new world waits to be discovered among the different kinds of fish and sea grass, including progressive jackpots that might hit you any time during the game. Spectacular cartoony design resembles famous animated movie “Finding Nemo” as the main symbol of the game is a clown fish which represents the Wild. The game is yet to be released and it will be available for both instant play and download.

When you dive deep enough to touch the bottom of the ocean you will see a reel grid of five reels and three rows housing 50 fixed paylines and two progressive jackpots. Functionally the game is a typical RTG affair with the options to set the bet amount, speed up the reels or switch to Autoplay mode.

As we have mentioned the main character of the game is the cute clown fish every child dreams of having in their fish tank and this magical fish will act as the Wild symbol, meaning that it take part in any winning combination by replacing regular-paying symbols. One symbol it can’t replace, though is the Bonus trigger that appears on reels 1 and 5. Wild Clown Fish appears on reels 2 and 4 only but whenever it makes up for the paying combination it doubles the win.

Unlike typical 5-reel slots, where Free Spins game is usually triggered by three Scatter symbols in Megaquarium you will need only two to land on the first and the last reels. This will be enough to activate 7 Free Spins. The free play is more or less standard except for the feature that allows you to win additional 3 spins by landing three Scatters on reels 1, 2 and 3. This occurs only on the 7th free spin, but if you happen to be so lucky to win extra spins, the last reel will be filled with Wilds. Now, the players who are really favourites of Lady Luck and manage to hit Super Games trigger on the first three reels on the 10th game they will launch Super Games feature which adds 3 spins with 5x multiplier. This continues to win Mega Games and Extra Games feature on each last spin of a special game.

Finally, while you are counting the Wilds and Bonus triggers, at any moment in the game you could be so lucky as to trigger the progressive jackpot.

Megaquarium launched on February 15th 2017 and by the look of it, it has a lot to offer. The top prize advertised by the developer is 50,000 times line bet, which sounds quite tempting, though at first sight it seems as if we are in for a high-variance game.