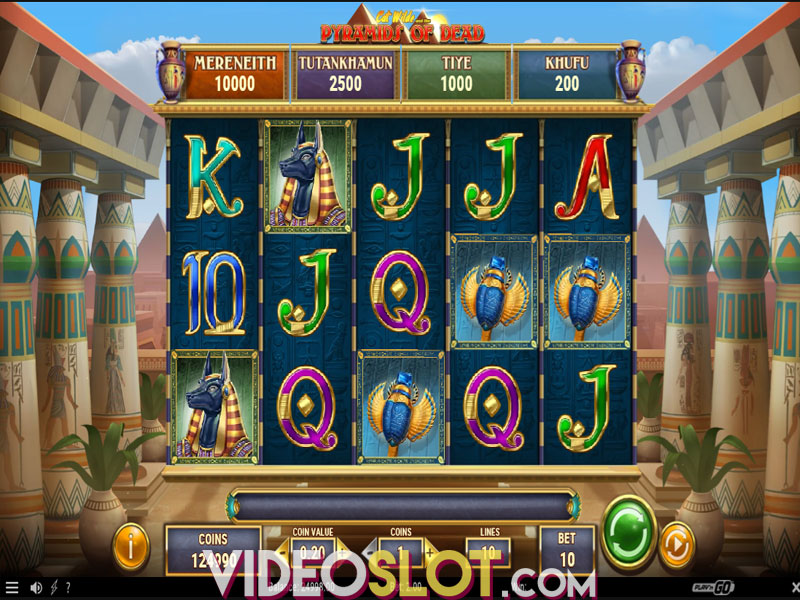 About Cat Wilde and the Pyramids of Dead Slot
Rating:

Cat Wilde is back, and this time, the lovely explorer is taking all players to Ancient Egypt. The goal is to find the hidden spirits of Egyptian pharaohs and pocket the top prize of 10,000x the bet. For this to happen, you will need the help of the Pyramid Wilds, which also act as Scatters. There are three different additional features triggered by Pyramids. Enjoy Instant Prizes, Jackpots, and the Free Spins feature. Cat Wilde and the Pyramids of Dead is a high volatility game that comes with an RTP of 96.20%.

Like most of the video slots from the Book of series, including both Rich Wilde and his lovely daughter Cat, the 2022 release is played on a 5x3 reel grid, with 10 fixed paylines. The slot pays left to right, beginning from the leftmost reel. Three of a kind is the minimum for landing payouts when it comes to low-paying royals. As for Wilds and high-value symbols, they pay even for two of a kind. Betting starts at $0.10 per spin, and you cannot wager more than $100. Activate Fast Play to speed the reels up a bit. Autoplay is reserved for gamers who prefer when a machine does all the hard work.

Play’n Go brings us another visually impressive video slot that boasts an excellent soundtrack. The reels are set somewhere in Ancient Egypt, in a secret shrine of old Egyptian gods. The Pyramid is both the Wild and the Scatter. Cat Wilde is the top-paying regular symbol, followed by Tutankhamun, Anubis, and Scarab. Playing cards are used as low-value icons.

Get at least three Pyramid Wilds/Scatters on the reels to trigger one of the features on offer. Which of the features will be activated is determined randomly. If you get the Jackpot feature, you will have to pick between 12 urns. Each of them will reveal one of 4 fixed jackpot spirits. Collect three urns with the same jackpot spirit and you will win the corresponding jackpot – Khufu, Tiye, Tutankhamun, or Mereneithn. Fixed jackpots go from 20x to 1,000x the bet.

As for the Instant Prize feature, it will deliver instant wins of up to 500x the bet. Now, for the Free Spins feature, you need to land 3, 4, or 5 Scatters. This will secure you 8, 10, or 15 free spins. Before the feature begins, one of the symbols will be selected to be a special Expanding Symbol. This symbol covers the entire reel when landed. It is possible to retrigger the feature. Each time you get a new Expanding Symbol. Up to 9 Expanding Symbols can be obtained during the feature. After each winning spin, players get a chance to gamble the won amount by selecting the color or the suit of the hidden card.

Cat Wilde and the Pyramids of Dead is an interesting video slot, even though we got the feeling that we have seen this game somewhere before. The theme is common, and there are plenty of Book of video slots, which will make it difficult for this particular Play’n Go title to stand out from the crowd. Even so, the visuals are excellent, and so is the soundtrack. As for the additional features, there is more than enough action to keep you busy for hours. Who knows, this could be your new favorite video slot that includes a member of the Wilde family.