You are at: Home NextGen Samurai Split
back to all games
Samurai Split Slots Game
Game Details 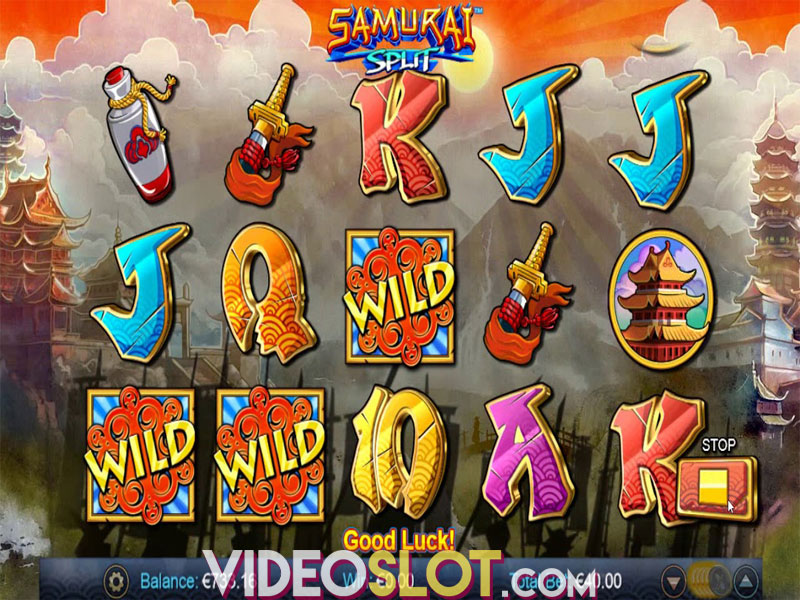 Take a trip to an old Japanese village with the NextGen-powered slot Samurai Split to meet the brave warriors. Using 5 reels and 25 paylines, the game features cartoonish graphics and smooth animations accompanied with a dynamic Oriental soundtrack. It comes packed with several bonus features which will boost your odds of winning on each spin including the Split Symbol Bonus feature splitting icons for bigger wins which can be multiplied by up to 32x.

To play Samurai Split you have to pay at least $0.40 while the maximum wager is $100 per spin, which will please both beginners and high-rollers. Players who don't feel like spinning the reels manually can activate up to 100 automatic spins and enjoy the gameplay. The transparent reels set against the landscape with temples and mountains in the background are home to theme-related symbols including the samurai, temple, samurai riding a horse, sword and bottle while the low-value awards are paid by playing card symbols designed to match the overall appearance of the game.

Wild is the most lucrative symbol which substitutes for all regular symbols and awards a jackpot of 500 coins. It is depicted as the emblem and appears on all the reels. The red flag stands for Scatter which triggers the free spins feature which can award up to 15 free games during which only high value symbols including Wild appear.

The biggest attraction of the game is the Split Symbol Bonus feature which can be triggered on any winning spin. Any of the winning symbols can become a Split symbol and depending on the number of Split symbols in a winning combo, you will get multipliers between 2x and 32x. All symbols including Wilds and Scatters can be split, so if you are lucky enough you can win up to 480 free spins during which high-value symbols appearing on the reels can be split too.

The game also benefits from the Warrior Spin feature which can be triggered at random. Once it is triggered, all low value symbols will be removed from the reels for bigger wins, just like within free games.

If you are into Japanese tradition and the medieval military nobility, give Samurai Split a spin or two. You may be surprised by the innovative bonus features the NextGen 2017 title offers. With an RTP of 96,63%, Samurai Split is a high volatility game which may not pay often, but once it does, a payout can be really sizeable.