You are at: Home Microgaming Samurai Ken
back to all games
Samurai Ken Slots Game
Game Details 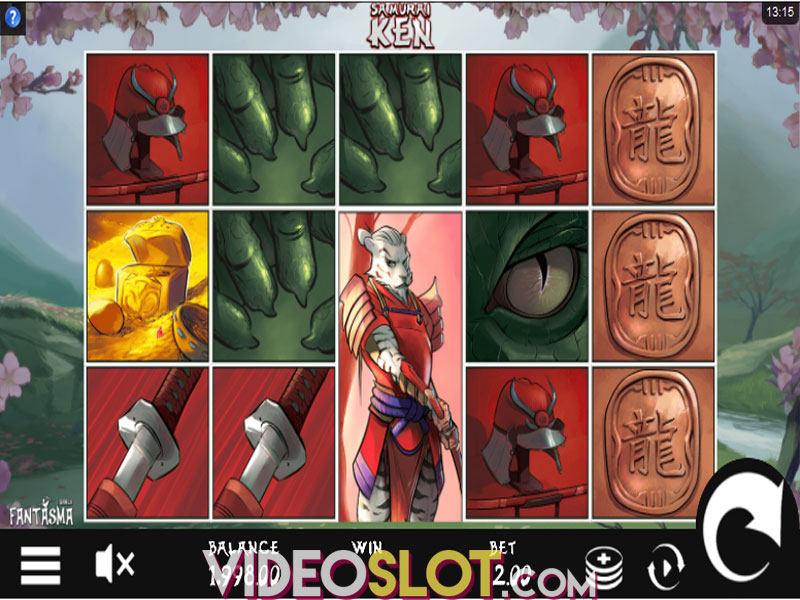 Embark on a thrilling journey to the exotic forests of Japan with the new martial arts-themed slot Samurai Ken, powered by Fantasma Games in collaboration with Microgaming. The exciting release boasts several bonus features and special symbols that players can benefit from, including the Free Spins feature with additional Wilds and the Sticky Win Respin feature, which can substantially boost your balance. Give it a try for anywhere between $0.20 and $40 per spin and win up to 750x your bet on a single spin.

Samurai Ken features 5 reels and 20 paylines. There's a recognizable manga flavor to the game with misty woodland serving as the backdrop to the reels which resemble a comic book. The symbols are mostly related to the theme, so you will find Samurai Ken himself, dragons, dragon's claws, dragon's eyes, treasure chests, Ken's swords, piles of gold coins, inscriptions and Ken's helmet. Wilds can appear only during the Free Spins round, substituting for all other symbols to complete a winning, apart from blue flag Scatters.

On each winning spin, the symbols which contribute to that win will remain in their positions, while you will receive a respin. Any extra matching icons involved in the winning combination will grant another respin and so on, until there is no additional symbols of a kind to form another winning.

Land 3 blue flag Scatters anywhere on the reels 1, 3 and 5 and trigger the Free Spins feature. Here, the reels will now display Ken Samurai on the left and the dragon on the right. In this round, you can win an unlimited number of free spins, however, on every spin, either the dragon or Ken will strike, thus shifting the meter to the right or left, so when the meter reaches the edge of the board, the game will be finished. Keep in mind that Wilds will appear during this round, to further boost your winning potential.

Samurai Ken is a rather simple, yet entertaining video slot featuring Japanese cartoon graphics that may not be to everyone's taste. The range of bonus features is not very wide either, nevertheless, the Free Spins feature and Sticky Win Respins can certainly rack up some decent prizes along the way. The game features medium to high volatility with the highest potential payout of 750x your bet on a spin.