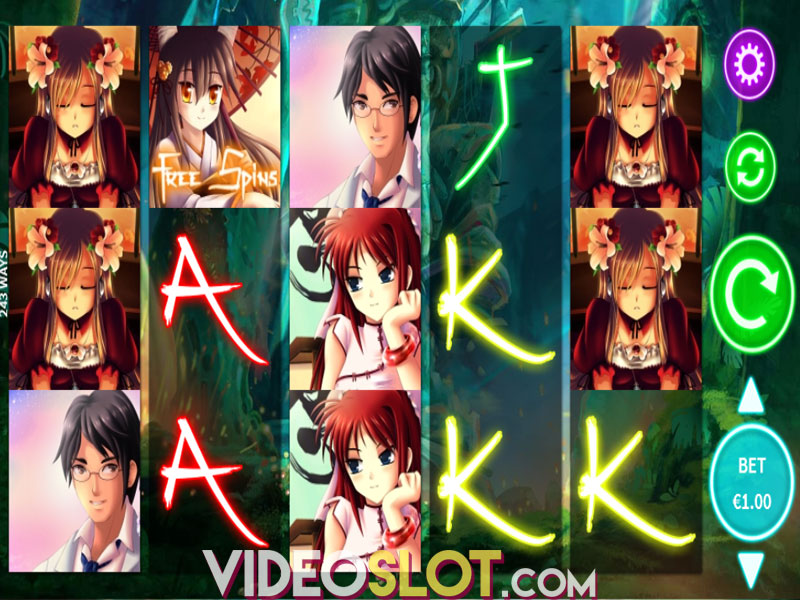 About Spirits of Zen Slot
Rating:

Spirits of Zen is an online slot coming from Meta GU, a novice software developer who is still testing out the market with their games. The one in question was launched in March 2017 and boasts a Japanese theme backed up with a stupendous anime design, smooth animations and an Oriental soundtrack. Though the game might seem to try help us reach Zen, a state of calm and bliss, it surely makes the heart pump with excitement because of the abundance of features it has on offer.

The 5-reel, 3-row layout provides 243 ways to win, meaning there are no standard paylines on which the symbols must land. When the game loads, you are to click on the „up” and “down” arrows to adjust the size of your bet, which goes from $0.25 to $12.50. This is quite a small betting span that will mostly suit those who prefer to wager lower sums. Press Spin to get the game going and wait for symbols to appear on adjacent reels from left to right so that you receive payouts. Activating Autoplay will spin the reels without interruption for a predetermined number of times.

The game has two top-paying icons which will reward you with 32x and 64x the stake for 5 of a kind. There are four medium-win symbols that deliver between 8x and 24x your wager for 5 identical icons. Playing card Royals resemble Japanese letters and are low-value symbols that issue 3.2x and 4.8x your stake if 5 appear on consecutive reels. A beautiful blonde represents Wild that lands to complete win combinations by replacing all other symbols except Scatter. Scatter is, as usual, in charge of activating the Free Spins Round.

To get to the Free Spins Game you should obtain at least 3 Scatters anywhere on the grid. 3, 4 or 5 Scatters will respectively grant 10, 15 and 30 freebies during which extra Respins can occur and wins could be multiplied up to 5x. On each spin in the main game a random feature could get triggered to bring forth an array of benefits. Heli Flipper flips random icons to award wins, Reel Shunt respins random reels to provoke payouts, while Wild Hopper jumps onto symbols transforming them into Wilds. The best deal about these features is that they can also be activated during the Bonus.

Spirits of Zen online slot delivers an action-packed playing experience due to three magnificent features and a generous Free Spins Game which keep things interesting and increase your bankroll. The RTP is 95.52%, which is slightly below the average. As the game is fully optimized for play on portable devices, you can try it out anytime you like.