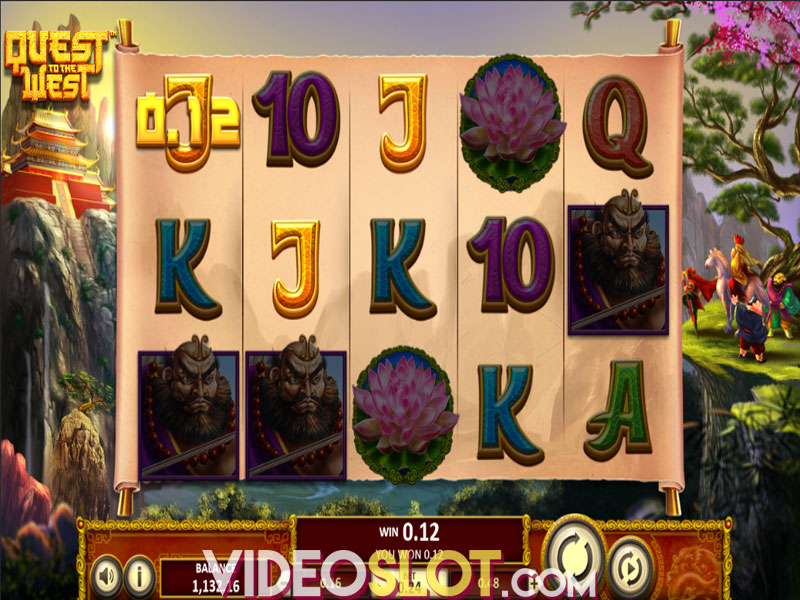 About Quest to the West Slot
Rating:

The story of the Monkey King is almost as old as time itself and there are numerous adventures and stories about this famous figure from Chinese folklore. Thanks to the good people of Betsoft, the Monkey King is preparing to set sails for another adventure in the Quest to the West, a five-reel, 25-payline video slot that will make us travel back in time. The main attraction of the 2020 release is the Monkey King Walking Wilds feature, with Monkey Wilds moving one position to the right as the reels respin. Wilds will also fill the Meter of the Heavens and, once the Meter is full, Heaven will surprise you with an instant win.

The rules of the game are as easy as breathing and even mere beginners will be spinning the reels like pros in no time at all. The Quest to the West video slot offers five reels, three rows and benefits from 25 fixed paylines. The game pays left to right, starting from the leftmost reel. Land three or more matching icons on a payline and you will start winning payouts. The lowest you can wager is $0.02, which will please penny punters. The maximum bet per spin is $80.

The reels of the 2020 release are set high on a mountaintop and players will enjoy a lovely landscape while playing the game. You can see the Monkey King and his crew in the bottom right corner, looking for a way to get to the temple across the cliff. The King is the highest-paying regular symbol, followed by the Warrior, the Pig, Dragon, Horse, and Lotus Flower. Playing cards are used for low-paying icons. The Monkey King is the Wild that substitutes for all regular icons and also three of them on the reels will trigger the Monkey King Walking Wilds feature.

Once three Monkey Wilds appear on the reels, the Monkey King Walking Wilds feature begins. As the reels respin, Monkey Wilds will move one position to the left. When it comes to how many respins you can trigger at once, it depends on how many Wilds end up on your reels. The feature is over when no more Wilds are seen on the screen.

As your Wilds go off the reels, they will start filling the Meter of the Heavens that appears on the left side of the reel grid. Every Monkey Wild will fill the Meter a bit, and you need a total of 15 Wilds to fill the Meter completely. Once that happens, you will be rewarded by an instant win of 1,000x bet. Since we are talking about payouts, we will also say that players can expect a max win of 1260.5 times the bet.

We consider ourselves as action junkies and we love when a video slot offers plenty of additional features that provide excitement and opportunities for bigger wins. Even though there are no free spins on the offer, the Monkey King Walking Wilds feature is a decent substitute, especially if you manage to trigger more respins at once. The Meter of the Heavens is also a neat addition, and you will get 1,000x bet once you collect 15 Walking Wilds.