You are at: Home Spinmatic Sushi House
back to all games
Sushi House Slots Game
Game Details 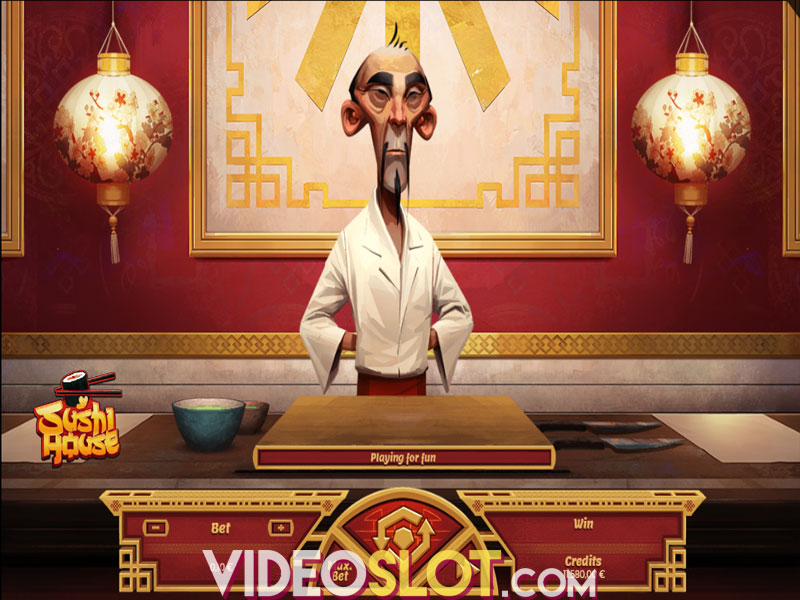 Savor the tastes of Japan in Spinmatic’s online slot titled Sushi House, released in April 2020. The game draws inspiration from the rich Japanese tradition with all symbols theme-related. Boasting high-end visuals, sleek animations and an Oriental soundtrack this slot also offers a unique design, as there are no traditional reels in play. Instead, a Chef stands above a cutting board and prepares Sushi, that is, your combo of symbols. Take advantage from Wild Substitutions and Scatter Pays. As in most Spinmatic editions, the RTP is set slightly below the average, at 95.26%.

The 3x1 layout provides 1 single payline, meaning that 3 matching symbols must land on it, on adjacent reels from left to right so that prizes are issued. Once the game loads, you should choose the coin denomination which goes from $0.01 to $1.00. Pick the bet level on a scale from 1 to 4 and press Spin to start the game. Total wager values span from $0.01 to $4.00. Turn Autoplay on to spin the reels for a predetermined number of times.

The game has four low-paying icons, depicted with various Sushi Rolls which award from 10x to 30x your wager for 3 of a kind. Landing 3 Rice lumps, Nori sheets or Salmon cubes will reward you with payouts of 40x, 50x and 70x the bet. Different combinations of high-value icons also issue payouts of 5x and 10x your stake. Wild, represented with Wasabi, completes win combinations by substituting all other symbols. Obtaining 3 Wilds rewards players with a prize of 400x the bet. Scatter, depicted with soy sauce, delivers 2x, 4x and 120x your wager correspondingly if 1, 2 or 3 appear.

As there aren’t any Bonus features, Wild and Scatter try to make up for this. Wild is not only capable of replacing all icons including Scatter, it also awards payouts and even doubles each win it contributes to. As far as Scatter goes, we’ve already mentioned that at least one delivers prizes no matter where it appears on the winline.

Japan is known as the place where the traditional and the modern meet, and Sushi House video slot is a shining example of this. This medium volatility video slot delivers a one-of-a-kind playing experience and as the game is optimized for play on all portable devices, you can try it out anytime on your smartphone and tablet or play it from the comfort of your home on desktop.