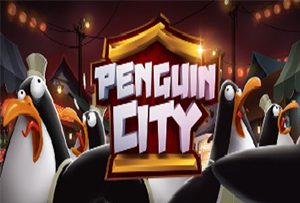 The leading online games developer Yggdrasil Gaming has welcomed a new video slot to its line-up of high-quality games.

Titled Penguin City, the fresh release is available across all platforms, featuring an Asian-themed city ruled by the Emperor Penguin who forces his subject to work all day long preparing food.

The game itself offers a 5-reel 3-row layout with 243 different ways to win. The good news is punters can win both ways, with payouts worth up to 1,500 coins up for grabs, while the game’s maximum jackpot is set at $164,700.

Penguin City offers wide betting options, with wagering starting as low as $0.10, while the maximum bet won’t be able to exceed $125 per spin.

The Autoplay functionality is also available, so if you don’t feel like hitting the Spin button, you may select the preferred number of automatically played spins and simply lay back and enjoy.

Plenty of Opportunities to Win

The special features the game offers are related to the main story and will give players the opportunity to activate the Penguin Escape mode. To do so, simply land the Wild symbol on the reels 2 or 4 for a winning spin. The Wild will remain sticky and the mode will continue to play until a spin ends in a loss.

The Penguin Escape model offers additional sticky Wilds, which will appear whenever penguins find their place the reels 2, 3 or 4. The dastardly Emperor Penguin is used to create a stacked Wild that will move along one row to the right on every spin. He can deliver a lot of respins as long as he remains on the screen.

Commenting on the launch of the new game, Head of slots at Yggdrasil Gaming Jonas Strandman said Penguin City had been a great opportunity for the company’s development team to produce a really fun, light-hearted game packed full of features and a rich user experience

Strandman added it had been great fun creating the game, and added he was sure the players would have fun playing it. He pointed out the game mechanic was perfect for more casual players and described the new releases as a low variance game that that could also pay out big wins if the sticky Wilds landed right and took you on a long winning streak!