You are at: Home News Sequel to the Popular Wild Blood Slot Now Available at Play’n GO Casinos 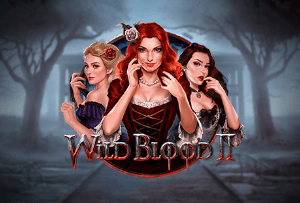 Following the launch of Wildhound Derby, which kicked off the new year, the leading provider of online casino games Play’n GO has added another new release to its extensive portfolio of games.

The new release represents a sequel to the developer’s popular game Wild Blood, a fantasy-themed slot featuring vampires that captivated players back in 2013.

Another Thrilling Release Launched Since the Start of the Year

The latest arrival further demonstrates the company’s commitment to reaching its ambitious goals for this year, to launch a record number of new games.

The plan is very simple at its core: to add more games to the offering, while at the same time giving players the chance to enjoy different themes and types of games.

When it comes to Wild Blood, those who had the chance to play the original game will see a new game layout. Instead of the five-reel three-row grid with 15 paylines, the sequel boasts a six by four payways grid, with more than 4,000 payways on offer.

The game offers maximum payouts worth 5,000 times the bet, while its average Return to Player is set at 96.19%. Featurewise, punters will be able to benefit from such features as Vampire Wilds, Stacked Vampire Wilds, Vampire Bat Respins and Free Spins.

The game will take payers to the era of the American Civil War, bringing Dracula and his three undead brides to the reels. Margaret, Rebecca, and Laura may look stunningly beautiful, but they are in reality bloodthirsty beasts, preying on their unsuspecting victims.

Commenting on the launch of the new game, Johan Tornqvist, Chief Executive Officer at Play’n GO, said Wild Blood had been a smashing hit among punters, and that was the main reason the company had decided to launch the sequel. He pointed out Play’n Go had also wanted to make sure its players would have a completely new gaming experience, which had been done by using the new grid format and modern design.

The action-packed vampire-themed adventure is waiting for you at any online casino powered by Play’n GO.