You are at: Home News Playson Starts The New Year with the Launch of Fruit Xtreme 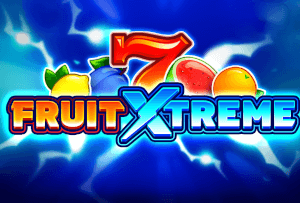 The supplier of popular online casino games Playson has kicked off the new year with the launch of the latest addition to its line-up of slots.

The developer’s latest release is a funky game that promises an action-packed experience, as well as lots of chances to scoop handsome prizes.

Titled Fruit Xtreme, the fresh five-reel three-row game with 5 paylines boasts a classic-style theme, with symbols such as watermelons, lemons, cherries, oranges and flaming sevens populating the reels. Playson’s new game aims to become as equally popular as the Funky Fruits game, but it’s still too early to say whether it will make it.

The game itself represents a combination of classic gameplay and modern playing experience, which together provide a roller coaster of entertainment.

In addition to the aforementioned fruit symbols, players will encounter icons such as the well-known Red 7 and the Star, with the latter serving as the Scatter. Visually, the new slot does look simple, but it’s this simplicity that makes this slot so immersive.

Players of all types and budgets enjoy fruit slots, and we’re sure that Playson’s new release will be a smashing hit. Another important part of the gameplay are multipliers, which can range from 3x to 5x. They are triggered whenever 3 or more reels are filled with fruit icons of the same kind. Once the multipliers have been awarded, punters can look forward to getting big wins.

Another potentially lucrative symbol is the Scatter, especially when at least 3 of them simultaneously land on the reels. Fruit Xtreme is a medium variance title, with an average Return to Player of 95.66%.

Commenting on the new game, Vsevolod Lapin, Head of Product at Playson, pointed out that Fruit Xtreme represented a new take on the traditional fruit slot, and added the company was looking forward to showcasing this exciting release at the upcoming ICE Totally Gaming in London. If you’re planning on visiting this event, you’ll find all the necessary information at Playson’s stand.

The new game is waiting for you at any online casino powered by Playson.