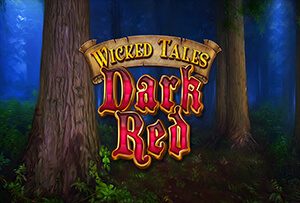 One of the leading suppliers of online casino games Microgaming has proudly announced the launch of its latest release, developed by Triple Edge Studios.

The new Microgaming’s release is a 5-reel 3-row video slot with a total of 25 paylines set deep in the forests of Ravenmire, the place where fortune and fantasy merge into one. Wicked Tales: Dark Red also features the studio’s signature Wandering Reels feature, where a group of three reels spins together, containing Jumbo Blocks.

Every time three Bonus symbols land during the main game, the Wolf’s Wheel Bonus feature will get activated, bringing more excitement to the reels.

While this feature is active, players will have the chance to spin the wheel and win neat cash prizes, multipliers and the treasure chest symbol, with the latter helping them to get to the Forest of Fortune. That’s where they’ll have the opportunity to win more prizes through the game’s pick bonus.

A Gameplay Filled With Excitement

In the Forest of Fortunes, players can even combine their prizes with multipliers, which increase each time a win is revealed. Players can find immunities to help them play the bonus round longer. Find an axe, and you’ll be able to defend yourself from the werewolf trying to end the feature.

Any high symbols lading during this feature will trigger the Free Spins round, awarding 9 spins. The round also features Wandering Reels and takes place in a deserted cabin, offering a shelter from the stalking werewolf.

Commenting on the launch of the game, David Reynolds, Games Publisher at Microgaming said Wicked Tales: Dark Red would bring back the exhilarating Wandering Reels feature alongside a gripping feature guaranteed bonus wheel, which could lead to a pick bonus round or free spins round.

He added Triple Edge Studios had done an amazing job in combining darker elements with exciting features and new math design to inject newfound thrill and suspense into a classic tale.

Wicked Tales: Dark Red is already available online, and can be played at any of online casinos powered by Microgaming.