You are at: Home News Microgaming and Just For The Win Launch Rainbrew Slot 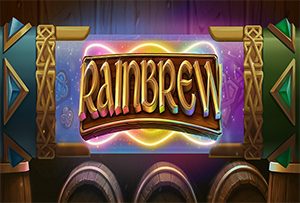 Microgaming and Just For The Win Launch Rainbrew slot

The leading developer of online casino games Microgaming has announced the latest addition to its offer, a brand-new release developed by Just Fort The Win game studio.

Titled Rainbrew, the release features five reels and 3-5-5-5-3 row layout with no traditional paylines on offer. Instead, the game offers 243 different ways to win, while that number increases to 1125 ways during the game’s Sidewinder feature.

A Lot of Chances to Win

The list of symbols includes three different Wilds – a regular one and two that have the power to trigger the Sidewinder feature. Both of them connect with one of the reels, triggering the top or the bottom part of the said reel, which can result in more Wilds finding their place on the grid and more ways to win.

Rainbrew symbols on the reels 2 and 4 will activate the game’s Free Spins round, where handsome rewards await those with enough luck. It should be noted the Sidewinder feature is always active, meaning Wilds can always create expanding Wilds. This offers additional excitement and increases the game’s win potential.

Commenting on the launch of the new title David Reynolds, Games Publisher at Microgaming, said Just For The Win was giving players an exciting look into a leprechaun’s magical brewery, where pipelines transported Wild symbols, the Rainbrew free spins symbol and the bubbly Rainbrew to the free spins game!

You Can Already Try It Online

He stated this vibrant addition gave a new twist on a classic theme to deliver players a unique gameplay experience full of enchanted rewards. Reynolds pointed out this would be the fourth game by Just For The Win this year and added the company was very excited to unveil more titles to be added to our diverse portfolio of content in the coming months.

Just For The Win Chief Product Officer Tiger Holmgren explained that the Rainbrew’s unique Sidewinder feature gave players new ways to win big, while the base game unlocked additional ways to win with Wild symbols and expanding Wilds in free spins taking the game to a whole new exciting level.

Visually stunning, and with a vast array of thrilling features, Rainbrew has all it takes to become a real hit with players around the globe. The fresh release hit the market on August 16, so you’re free to check it out whenever you want.