You are at: Home News Jungle Jim Returns to the Reels in November 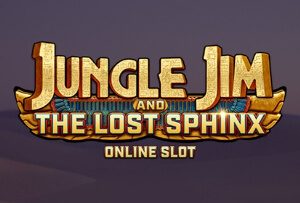 Jungle Jim is returning to the reels in the latest Microgaming’s release. (Photo: microgaming.co.uk)

The leading producer of quality casino games Microgaming has announced it will be present at this year’s edition of iGB Live! in Amsterdam.

Microgaming will use this opportunity to showcase some of its new and soon-to-be-launched content, including the return of one of the company’s most popular characters to the reels.

Jim is Ready for a New Adventure

After the huge success of the original title, Jungle Jim will make his comeback in the latest adventure that will see him look for hidden riches.

The upcoming release, titled Jungle Jim and the Lost Sphinx, is developed exclusively for Microgaming by their partners at Stormcraft Studios, an independent game studio behind games such as Agent Jane Blonde Returns and Dragon Shard.

Jungle Jim will be the star of Microgaming’stand at the exhibition in the Netherlands. Jungle Jim El Dorado hit the market back in 2016, and prove to be a huge hit with punters. The game saw Junge Jim travel deep into the lush Amazon jungle in search of the legendary city and its hidden treasures.

Now, the famous hero will try to unravel the mysteries of Ancient Egypt in the new game featuring a 5-reel 5-row layout and a total of 50 paylines. According to available information, the new release will go live in November.

Looking Forward to the New Release

Microgaming has branded its iGB Live! stand, while the visitors will have the chance to preview the upcoming release and enjoy its visuals. They’ll also be able to try one an ice cream whose flavours are inspired by some of the developer’s most popular titles from 2019.

Commenting on the new game, Jean-Luc Ferriere, Chief Commercial Officer at Microgaming pointed out that given the success and popularity of Jungle Jim El Dorado, the developer was looking forward to teasing the iconic character’s next outing at the iGBLive! event in Amsterdam.

He added the new game included outstanding artwork and entertaining mechanics, including the popular Rolling Reels feature, and said Stormcraft Studios had set a new benchmark in visual storytelling in the industry.

Find the game at online casinos powered by the renowned gaming company.