You are at: Home News Iron Dog Studio Adds the New Megaways Slot Its Line-Up 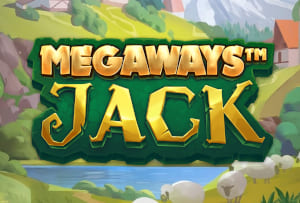 Drawing its inspiration from the fairytale of Jack and the Beanstalk, the fresh release uses the popular Megaways mechanic to help punters create additional winning combinations.

Add several reel modifiers and a Free Spins bonus round to the mix, and you’ve got a smashing hit with prizes going all the way up to 25,000 times the stake!

Megaways Jack comes with standard Megaways layout, consisting of six reels and up to seven symbols on each of them. There are no traditional paylines, and instead, there are 117,649 maximum ways to win.

Jack’s house and the magic beanstalk are featured on the screen, with a nice soundtrack playing in the background. Wagering options range from $0.20 to $20 per spin, along with a decent RTP of 96.20%.

Whenever a winning combination is formed, the symbols in it will explode, and new ones will fall into the empty slots. This functionality, called the cascade, allows players to create several wins within a single spin. Successive wins will see punters climb up the beanstalk while reaching the top will activate the Free Spins round.

Populating the reels are symbols like low-value Royals, cows, golden geese, as well as the three main characters of the fairytale, Jack’s mom, the giant and Jack himself.

In the Main Game, you’ll see a harp located to the left of the grid, which can randomly award up to four-reel modifiers. They can get up to 4 additional Wild symbols, a win multiplier worth up to 5x, extra positions on the magic beanstalk, or a respin.

Find your way to the top of the beanstalk to activate the Free Spins round. You’ll receive from eight to twelve spins, in addition to a potentially very lucrative multiplier.

Each new cascade will increase the multiplier, and the good news is that its size is not limited. Additional spins can be added to the count thanks to consecutive cascades. The harp remains active during the Free Spins round, awarding Wilds, multipliers and spins.

Another useful feature on the list is the Bonus Buy, which allows players to pay for extra spins.

Climb up the beanstalk and uncover its hidden treasures at any online casino powered by Iron Dog Studios.