You are at: Home News IGT and Scientific Games Join Forces to Share Patented Game Features 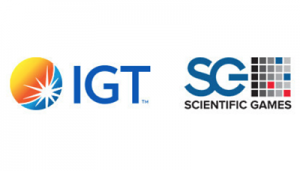 IGT and Scientific Games reach agreement to share game features between each other.

The patent cross-licensing agreement will allow the two sides to offer games with patented game features from each other portfolios.

The deal also includes other members of the IGT, and holds a tremendous importance, since the two companies have the largest slots game features patent portfolios on the Continent.

The only official announcement came from IGT, while Scientific Games gave no comments on the latest move.

In a short press release, Rino-headquartered multinational gaming company didn’t reveal the financial terms of the new deal, while all other details were also left unmentioned, including the provisions of the new agreement.

This is the third cross licensing agreement IGT has signed in less than a year. In October 2016, the company partnered with electronic gaming machine maker Everi Games Holdings and the Australian gambling machine manufacturer Aristocrat Leisure Ltd.

But That’s Not All

IGT has recently extended the licensing deal with Caesars Entertainment, which will allow the company’s lottery division to keep on representing the casino operator’s brands – Caesars, Harrah’s, Paris Las Vegas, Rio, Flamingo and Horseshoe – in North America and Europe.

The company also published its financial report for the second quarter of the year, recording a net loss of $290 million. Foreign exchange losses of $220 million were cited as the biggest culprit for such dismal results, while IGT claims the net income would have been a little over $30 million if it hadn’t been for these setbacks.

IGT reported a 5% decline in quarterly revenue, which at the end of Q2 stood at $1.22 billion, mainly due to the sale of DoubleDown Interactive social gaming division to South Korean DoubleU Games. Service revenue went down by 6% to $1.02 billion, while product sales remained more or less the same at $196 million.