You are at: Home News Get Ready, Aristocrat Is About to Launch Mad Max Slot

Get Ready, Aristocrat Is About to Launch Mad Max Slot
Staff Writer 09/21/2018 News No Comments 89 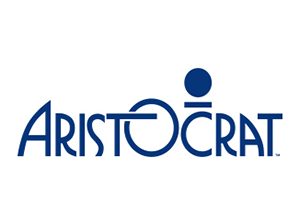 Australian supplier of online gaming content and one of the largest manufacturers of slot machines in the world Aristocrat Leisure has announced the signing of an important new deal, which will result in a brand-new video slot.

The Sydney-headquartered supplier has inked a new agreement with Warner Bros Consumer Products to launch a new game based on the 2015 action film Mad Max: Fury Road starring Tom Hardy and Charlize Theron.

Bringing the Cult Franchise to the Reels

Mad Max: Fury Road is the fourth instalment and a reboot of the Mad Max franchise, set in a post-apocalyptic desert wasteland where gasoline and water are the most important resources. It follows Max Rockatansky, the main protagonists of this acclaimed franchise.

According to available information, the game will bring some of the film’s most popular characters to the reels, including Mad Max himself, Imperator Furiosa, and the film’s villain Immortan Joe.

Since the film was a huge commercial success, earning nearly $380 million, we can expect the game should be well-received by the fans of the film, and video slot players in general. We’re looking forward to a visually stunning game, with an exciting gameplay and lots of opportunities to grab rewarding prizes.

The games, which is being developed for Aristocrat Edge X cabinet, will officially be revealed in a month from now, at the Global Gaming Expo in Las Vegas.

Commenting on the upcoming release, Aristocrat senior vice president of marketing and gaming operations Siobhan Lane said Warner Bros. Consumer Products had been a long-time partner and added Aristocrat’s customers had been big fans of all the game themes we had collaborated on to create.

Lane pointed out the company was very pleased to announce the newest game inspired by the thrill and excitement of ‘Mad Max: Fury Road’.

The two sides have a long history of working together. Aristocrat’s line-up of games includes a number of titles licensed by Warner Bros. Consumer Products, such as The Big Bang Theory, Batman Classic TV Series, Dumb & Dumber, A Christmas Story, as well as the upcoming Westworld slot.